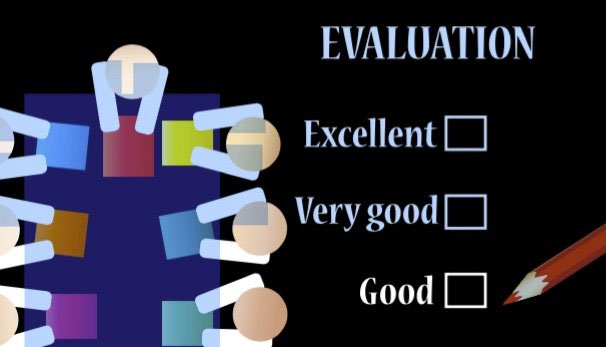 In February 2016, the top story of the Lebanon Express, Lebanon superintendent evaluation clarified, focused on the evaluation of Mr. Rob Hess, Superintendent of Lebanon Community School District in Oregon.  Of the five-member board, four of the board members gave the Superintendent a final averaged rating of 3.83 out of a possible 4.0 on the nine standards used in the evaluation.  After reading the article, I was left pondering the following question: should a superintendent’s evaluation be summarized by averaging accumulated points scored or used to promote a deeper conversation with a focus on reflection and supporting evidence?

In looking more closely at the details of the article, it clearly establishes the narrative and focus for this superintendent’s evaluation.  The individual scores of the Board of Education (BOE) were made public during the February 11, 2016 Board meeting.  It was also noted that Superintendent Hess had continued improvement each year considering his previous overall ratings of 3.45 in 2014 and 3.70 in 2015.  In an interesting side-note and departure from BOE majority, one board member that did abstain from the process this year and did not make the meeting was Board Vice Chairwoman Liz Alperin. In the interview with the reporter, Alperin expressed frustration that her colleagues on the Board continually give the highest ratings for each standard.  On the other hand, Alperin previously gave a rating of 2.5 for most of the standards as she saw some areas in need of improvement for Superintendent Hess.

For me, the debate on this topic is not necessarily if Superintendent Hess has rightfully earned these points on the nine identified standards, but rather, if we create a superintendent evaluation process based on points, then the average final scoring of the points dominates the conversation of the BOE as well as narrative to the wider community.

Accumulating points in an evaluation process has already become the focal point in many teacher evaluations.  As we develop thoughtful evaluation instruments and processes for the leader of a school district, we must avoid making the same mistakes as previously established evaluation instruments and processes. The focus of any evaluation should never be about points but rather used as an opportunity for reflection and evidence of “illustrations of practice” (Picone-Zocchia, 2013) leading to professional growth and goal attainment. Over the past couple years, a growing number of enlightened educators support this vision for a superintendent’s evaluation.

In 2013, The New York State Council of School Superintendents (THE COUNCIL) convened a group of New York State Superintendents to design a model superintendent evaluation instrument.  Over the next two years, the committee created an instrument comprised of 24 competencies of the superintendent with each competency supported by a 4-point rubric identifying indicators of success ranging from ineffective to highly effective.  These competencies and associated indicators are organized within six domains.  THE COUNCIL’s Model Superintendent Evaluation Instrument was first published in November 2014 with a second revision released in February 2016.

THE COUNCIL’s evaluation instrument and process does not focus on scoring points but it easily could based on its design. With the inclusion of the 4-point rubric for each of the 24 competencies, the structure of THE COUNCIL’s evaluation instrument lends itself to accumulate points and obtain a BOE average score, as in the case of Superintendent Hess.  If the instrument did allow for counting, averaging, and displaying accumulated points then, with great certainty, this would become the focus of the narrative just as it did within the article. Conversely, the instrument relies on a superintendent’s self-reflection and supporting evidence as for each of the competencies identified.

Unfortunately, all too often, evaluations are perfunctory processes to satisfy a State’s mandate.  The focus remains on accumulated scores based on varying weighted formulas that are previously negotiated.  Ultimately, this approach to the evaluation process and the subsequent result is void of leading an educator to professional growth.  There is an opportunity for evaluations to be so much more in both its purpose and value even within an established State mandate.

A Superintendent Evaluation should provide opportunities for professional reflection while reviewing illustrations of practice against a well-developed competency framework for the purpose of professional growth. Evaluations should also be a catalyst for conversation between professionals as they collectively review achievement through supporting evidence.  This portfolio of evidence is closely aligned with the clearly identified standards or competencies of an effective or highly effective educator, or in this case, a superintendent of schools.

There remains the possibility that the evaluation of Superintendent Hess could have included reflections and supporting evidence but since there is an average of accumulated points associated with the evaluation that will continue to remain the focus of the conversation.  The focus should never be about points but rather reflection, evidence, professional growth and goal attainment.

What do you think?  Should a superintendent’s evaluation include a BOE average of accumulated points or is having a reflective process through an evidence-based approach provide more value?