Should Your School District’s Social Media Communications be a One-Way or Two-Way Street? 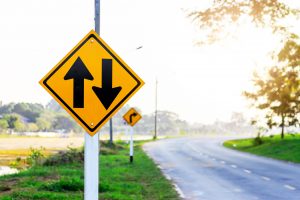 We bet that your best teachers are more than just expert orators. We bet that they are engaging. They know how to facilitate learning objectives by fostering dialogue with students, providing hands-on activities, and encouraging pairs and small-group work. If students are more engaged and participatory through interactive communications, should it be any surprise that your district’s community, staff, parent, and student communication strategy should also be predicated on a foundation of two-way dialogue, rather than one-way push communications? When it comes to social media, what was once a platform for one-to-many sharing is now being used most effectively by individuals, brands, organizations, entities, and even influencers as a two-way communication platform. If your school district is not using your social accounts to facilitate two-way dialogue, you could be missing out on valuable opportunities to foster critical engagement with student success stakeholders.

If your school district is like many, then it values not just information sharing with parents and the community, but hearing feedback, collaborating on decisions and resolving issues through conversation. Today’s parents and community members expect to be able to contact district leaders through multiple communication channels, such as phone calls, emails, scheduled one-on-one meetings, public forums, letters, and yes—social media. At a time when consumers can live chat with tech support from their phone, tweet a pizza delivery request, and directly message (and sometimes get a response from) celebrities, why should their expectations for their school leaders be any different? In an era of on-demand, multi-channel communications, schools must consider ways to meet the rising expectations of parents and community residents.

If you think that your district does already enable two-way dialogue, because your parents and community members can like posts, retweet news, and respond to comments — that may not be enough. Two-way dialogue means that an authorized representative responds to messages that arrive in the form of questions or strong sentiments. It does not mean you post, followers respond, and the conversation ends there. It means district representatives use social channels to answer questions, address concerns, and where appropriate, follow up offline with individual discourse.

Remember to acknowledge the good stuff too! A parent who praises a teacher by sharing comments on a school’s Facebook account would value an acknowledgment for his or her comments just as much as the resident publicly express concerns about the upcoming tax vote. That being said, you can make sure that your social media settings are set to not allow curse words or foul language. 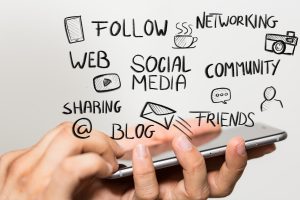 Not only should school districts respond to social media comments because it’s what digitally engaged individuals expect in the modern era of online service and communications, but because it tells parents and community members that you are listening and value their feedback. Anyone invested in the success of your schools and their students deserves to have his or her opinion heard. You wouldn’t ignore the parent who stands up to comment on a proposed curriculum adjustment during a public meeting, so why would you ignore the same comment made as a social media post, when it would send the same message of disinterest and inattention?

An Opportunity for Insights

How do district leaders currently keep their finger on the pulse of community sentiment about district initiatives, policies, and programs? Your teachers likely receive feedback from parents at school functions, and you certainly hear from those who attend open forum meetings, but what about those whose schedules don’t allow such participation? For every parent who can outreach during the school day, there are those who find themselves with questions or concerns outside of 7 a.m. to 3 p.m. office hours, and no easy conduit to obtain answers or share ideas. Social media, however, is a 24/7 platform, which means you never have to miss out on valuable insights from parents and community members because anyone can share their comments at any time, even at 1 a.m. while they scroll through their social feed at the end of a long day.

If you’re hesitant to embrace social media as a form of two-way dialogue because of uncertainty about how to handle angry commenters hiding behind social media avatars to gripe and complain, try to think of them as opportunities to turn a frustrated foe into a redeemed ally. A parent or member of the community who is frustrated with a district policy or situation and takes to social media wants to be heard, even if he or she is not taking the most constructive approach to sharing concerns. By ignoring or deleting his or her comments, you reinforce their negative perceptions of the district’s policies or leadership. Instead, respond by asking the individual to direct message you privately, and then taking the conversation offline to resolve the situation.

A Note About Inciting or Incendiary Commentary

There is a critical exception to the note above about engaging disgruntled commenters. If you find your district in a situation where someone is posting inappropriate, incendiary, libelous, or inciting comments publicly, especially if they are about a faculty, staff member, student, or family, talk to your legal counsel about the possibility of deleting the post and blocking the commenter to protect those involved. Your legal counsel can further advise if concerns about the commenter should be escalated to involve a third-party, such as local investigators or law enforcement.

To leverage social media most effectively as a community relation building engagement tool, you will need one or a small number of dedicated resources to monitor and respond to comments. Customer service best practices encourage entities to respond to social posts that require a response within a day. If a parent complains about the facilitation and leadership of a recent meeting, and a representative from your school district does not respond for ten days, the parent has likely moved on, and if he or she was disappointed by the ack of a response, an exceedingly late response is not likely to improve the perception.

Do not fear the social post, tweet, comment, or direct message. Remember that every piece of communication is an opportunity to learn something valuable about how your district can better achieve its goals of advancing student education. By taking part in the dialogue, rather than allowing it to happen in the social stratosphere around you, your school district stands to benefit from valuable insights and strengthened relationships with all the critical players in your orbit.