Schools, Students, and Smartphones: Should Your School District Allow, Ban, or Restrict Student Smartphone Use? 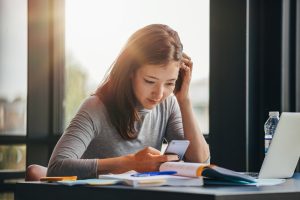 If you needed to contact your parents while you were in school, what did you do? Your issue most likely had to wait until you got home. If your school canceled your varsity tennis match, what did you do? You probably just rode the bus home and told your parents later or perhaps you used a payphone. Today, with smartphones, students can communicate with just about anyone instantaneously. In fact, the vast majority of Americans – 96% – now own a cellphone of some kind. And the share of Americans that own smartphones is now 81%, up from just 35% in Pew Research Center’s first survey of smartphone ownership conducted in 2011.1 So, soccer match canceled? Text mom. Forgot your lunch? Call dad.

In an era where we are extremely dependent upon mobile devices as our primary source for telecommunications, it seems as though schools must allow students to carry smartphones with them, right?

The debate relative to whether schools should prohibit smartphone use is a hot topic in districts across the country. What follows are some of the critical considerations that are up for discussion—and that may be headed for your community next.

The Arguments For Banning Smartphones 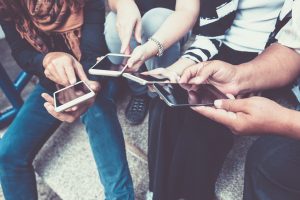 The Arguments Against Smartphone Bans

Learning From Other School Districts

As a school leader in charge of deciding what to do about smartphones, you may be wondering what other school districts are doing. Here’s what we found:

Approaching the Smartphone Debate in Your District

Ban, restrict or allow? That is the question!

If your district is among those looking to improve classroom attentiveness and academic outcomes, consider beginning your consideration with an open dialogue with faculty, staff, parents, and students. Before establishing any policies, it will be critical to assess your stakeholders’ tolerance for such a restriction. Understanding all perspectives, concerns, as well as other possible factors leading to academic underperformance can help you put impactful policies in place that will keep students’ focus where it needs to be—on their education.

What is your district doing?

We’d love to hear from you. Please share your ideas with our network of school leaders across the country by commenting below or sending us an email at info@SuperEval.com.

One Response to “ Schools, Students, and Smartphones: Should Your School District Allow, Ban, or Restrict Student Smartphone Use? ”