Reflective Practice Theory as a Theoretical Framework for SuperEval 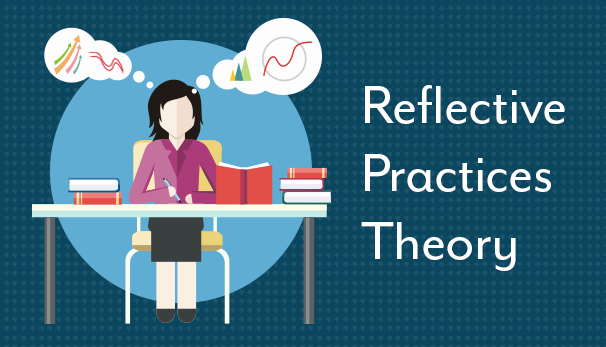 A foundational core of the SuperEval approach to superintendent evaluation is the inclusion of Reflective Practices Theory. By requiring reflective practice, the superintendent evaluation process becomes more inclusive of a professional development and growth opportunity for these educational leaders. The process of providing regular and structured reflection on one’s practice as a superintendent, in of itself, is a learning journey leading to new insights, knowledge and, ultimately, professional growth. This idea is well-grounded in the literature on this topic.

The American philosopher, psychologist and educator, John Dewey, provided some of the earliest thinking in the literature concerning Reflective Practice Theory. Dewey endorsed the idea that reflective practices foster professional development (Tiano, 2006). He promoted reflection as a tool to solve various problems (Tiano, 2006). In 1910, Dewey created an early operational definition of professional reflection theory by stating it “is the active, persistent, and careful consideration of any belief or supposed form of knowledge in the light of the grounds that support it and the further conclusions to which it tends” (as cited in Tiano, 2006, p. 5).

Over the years, Dewey continued to evolve both his thinking and support for the idea of educators employing a reflective practice into their professional activities. In the 1938 publication, Experience and education, Dewey stated, “Thinking is thus a postponement of immediate action, while it affects internal control of impulse through a union of observation and memory, this union being the heart of reflection” (Chapter Five, The Nature of Freedom, para. 5). Author, Susan Alder, believed that Dewey viewed reflection as a “special form of thinking” that comprises a “thought process to resolve a problem or issue” (as cited in Solomon, 2008, p. 4). This idea of experiential learning and professional development through reflective practice seemingly wouldn’t gain momentum again in the literature until some five decades after Experience and education.

In 1983, author Donald Schon published the groundbreaking book, The Reflective Practitioner: How Professionals Think in Action. According to Mark Cameron (2009), Schon’s work changed the practice of social work. Through reflective practice, Schon described in great detail how professionals were confronting problems, issues and dilemmas that they were not fully prepared for in formal training or academic education (Cameron, 2009).

Schon also included detailed stories of practitioners in urban planning, engineering, architecture, and management (Cameron, 2009). In each of these professions, practitioners solved problems through a conscious analysis of the current experience with determination to understand why their typical actions are not leading to successfully resolving the problem or issue (Cameron, 2009). Schon identified this term “reflection-in-action” and believed it to be a foundational practice allowing professionals to innovate a new approach that leads them to resolve a problem or issue (Cameron, 2009). Reflection-in-action helps the practitioners to modify or change one’s activities while they are engaged in a process (Rayford, 2010). Through an abundance of specific points, Schon (1983) reveals that professional practices incorporates more than acquired knowledge through formal academic learning but rather a form of knowledge that is acquired through conscious reflective practices.

While Schon (1983) and Dewey (1933) both felt the process of conscious reflection led to knowledge, Stephen Brookfield’s work also continued to support the notion that new learning is acquired through reflection. Brookfield (1986) identified six principles employed to aid in an adult learning process. Of the six principals, Critical Reflection “suggests an examination of one’s beliefs and the premises that trigger the learning that is taking place” (Rayford, 2010, p. 8).

Brookfield’s work in adult learning theory and practice connected Schon’s ideas of reflection practice theory into educational practice. Brookfield found that staff development facilitators had to constantly adapt to the needs of the adult learners while leading the workshop (as cited in Rayford, 2010, p. 9). These innovative and changing activities is evidential of Schon’s reflection-in-action. Brookfield (1986) effectively linked Schon’s reflection practice theory to adult learning theory.

In 1991, Joellen Killion and Guy Todnem expanded Schon’s reflection practice theory to include reflection-for-action. In this reflection practice, Killion and Todnem (1991) “believed that by examining past and present actions, knowledge is generated to inform future actions” (as cited in Rayford, 2010, p. 10). According to Tiano, reflection-for-action is “proactive in nature” (2006, p. 7). Karen Osterman and Robert Kottkamp (1993) identified the significance of reflective practices in altering one’s performance (as cited in Tiano, 2006, p. 6). Reflection in and on action is meaningless if it results in unchanged behavior (Tiano, 2006). However, Tiano states, “it is through reflective practices that one can identify a discrepancy between one’s espoused theories and one’s theories in action. Behavioral change comes when new theories in use replace existing ones” (2006, p. 58).

Reflective Practice Theory, as a theoretical framework, seeks to support the process of the superintendent evaluation. Central to this process is the superintendent’s own self-reflections as they contemplate the established competencies identified by the performance indicators of effective practice. By establishing the reflective practice theory approach as central and foundational to the process of the superintendent evaluation in SuperEval, the process will transcend an evaluation procedure and lead to opportunities for professional development, growth, and, as Dewey suggested, new acquired knowledge for educational leaders.

Rayford, C. R. (2010). Reflective Practice: The teacher in the mirror. Retrieved from here.