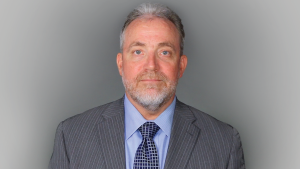 Scott Payne, superintendent of Pine Valley Central Schools in Chautauqua County, NY, desired a way to navigate the enormous amount of paperwork involved in evaluations. He had previous experience working with PLS 3rd Learning (the company that developed SuperEval), while in a former district, so Payne was eager to give SuperEval a shot. Payne appreciates being able to spend time in the first half of the school year uploading documents and files to his evaluation for the board to review and then being able to focus on the conversation at mid-year, as well as revising and modifying for the end-of-year.

Overall, SuperEval levels the playing field because communication becomes much more transparent. And, relevant documents are live and ready to add to the evaluation at any time.

Payne has been an administrator for over 20 years. Before SuperEval, he kept a paper trail of all evaluation-related artifacts including newspaper articles, personal writing samples, advertisements, and lists of school accomplishments in file folders. He then spent time time sorting everything when he was ready to prepare his review. 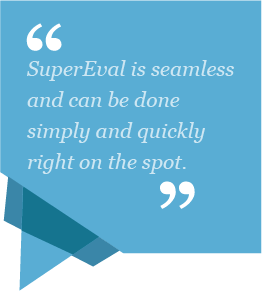 Paperless organization. In the past, Payne spent an abundance of time organizing all of the paper examples he kept and attempted to make sense out of all of it. Since SuperEval stores everything electronically, Payne was able to easily upload, sort, and organize evidence-based materials throughout the year. He also recognizes the convenience of the tool, with features that allow him to easily download, for instance, a newspaper article and save it directly to SuperEval.

Ease of use. Payne believes that the SuperEval user interface is intuitive. An example of this is being able to sit down and send communication directly to the board via email, easily attaching messages to his evaluation.

Time savings. Payne believes SuperEval streamlines the evaluation process because he doesn’t have to go back later and look for files or sort through piles of paper. The electronic storage component makes it easy to use throughout the year because he is able to populate the fields as he goes rather than spending huge amounts of time at the end of the year or at mid-year constructing a brand new document. Artifacts can be uploaded either directly to a particular competency or to a domain field. 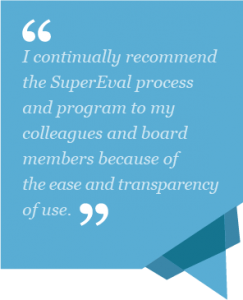 Reference previous years’ evaluations. Payne recommends the ability to navigate between school years so he can look at last year’s fields and see how he populated them, pulling some of that information to the current year if the information is still relevant. He points out it’s really quick and easy to use in that manner.

Saves your work. Additionally, the fact that the online tool automatically saves your work is a blessing to Payne because he doesn’t have to worry about something being lost or hidden. He also enjoys how it allows users to flip from one component area to another with relative ease, providing the ability to pull up numerous areas as you go in a very seamless manner.

Payne appreciates his relationship with PLS 3rd Learning, as he was fortunate enough to pilot SuperEval. When he ran into a kink, he was able to have an open dialogue and create some modifications with the support team. Payne avows the process has become even more fluid today because of his feedback and influence.

Being a superintendent is a position that comes with continual opportunity for growth and development. Payne sees SuperEval as a tool that can contribute to a more effective and efficient way of doing the job, an especially important component of evaluation. It is a critical factor because SuperEval liberates time that he can spend elsewhere or with his family.

Posted in Case Studies | No Comments »